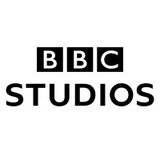 Combining the strengths of the UK’s most-awarded production company with a world-class distributor, we fund, create, distribute and commercialise world-class content for the BBC and other UK and international companies.

Our aim is to inspire audiences around the globe with quality content that informs, educates and entertains and to strengthen the BBC, our partners and wider industry both creatively and financially.

In the last financial year we achieved revenues of £1.4 billion and returned a record £276 million to the BBC Group, equivalent to around 12% of BBC Content’s total programme spend. We also won 73 awards and secured over 200 nominations. BBC Studios Production was the UK’s most commissioned producer of new content in 2019.

We seek to be the best British content company in the world; a first-choice partner and employer, where everyone can flourish and do their best work.