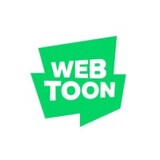 WEBTOON™ has become a cultural and global phenomenon, pioneering the distribution and consumption of web-based comics. With an average of 72+ million monthly active users, 16.5+ million of whom read daily, more people consume WEBTOON series than watch most television shows. WEBTOON features a broad and diverse catalog of content from all over the world -- including romance, thriller, fantasy, comedy and more. Launched stateside in 2014, WEBTOON has thousands of creator-owned series with episodes updating daily. Also boasting partnerships with Legendary, POW!, Top Cow/Image, and more, WEBTOON takes storytelling to the next level. Creators have been nominated for multiple Eisner Awards, as well as winning a multitude of Ringo Awards. The WEBTOON app is free to download on Android and iOS devices.