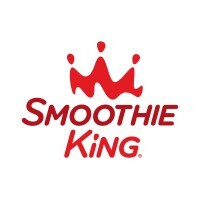 Smoothie King® is a privately held; Dallas-based company and the premier Smoothie Bar and Nutritional Lifestyle Center in the industry. Smoothie King® opened its first store in 1973 and started as the first franchised smoothie bar/health food store in the United States in 1989. Smoothie King® currently has more than 1,000 stores operating in 34 states, the Caymans, Trinidad and the Republic of Korea. In 2019, Smoothie King was ranked the #1 smoothie franchise on Entrepreneur's 43rd annual Franchise 500 list, marking the 28th year the brand has occupied the No. 1 spot, and it was ranked #22 overall.

Are you ready to find your purpose with Smoothie King?