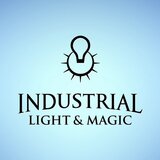 ounded by George Lucas in 1975 to create the special effects for his space epic Star Wars, no other facility of its type existed at the time. Now with locations in San Francisco, Vancouver, London, Singapore, and Sydney, ILM remains one of the leading effects companies in the world, serving the motion picture commercial production and attraction industries.

From its astounding innovations in the original Star Wars trilogy to its groundbreaking CGI work in blockbusters like Jurassic Park, Star Trek, and The Avengers, ILM has changed and expanded the possibilities of what a film can be.