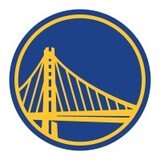 The Golden State Warriors organization, heading into its 75th season, is a charter member of the National Basketball Association. Founded in 1946, the Warriors called the city of Philadelphia home for 16 memorable years before moving to the West Coast in 1962 to become the San Francisco Warriors and ultimately, in 1971, the Golden State Warriors when the team moved across the Bay to its home in Oakland, where they stayed for 47 seasons. Now located in San Francisco, the Warriors call Chase Center home, with 2019-20 marking the inaugural season in the venue. The team’s storied history includes six NBA Championships, an NBA-record 73 wins during the 2015-16 season, six of the NBA’s 50 Greatest Players and 26 members of Naismith Memorial Basketball Hall of Fame. The Warriors business side has received many accolades as well including winning the Sports Business Journal’s Team of the Year Award in both 2014 and 2016 and recognized as a finalist in 2017, 2018 and 2019.